Home » How-to » Save Money on Groceries » Can You Freeze Salami? Here’s what you need to know! 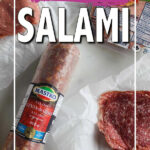 If you’ve ever wondered, ‘can you freeze salami?’, this post is for you!

Yes, you can definitely freeze salami, but depending on what type of salami it is (Italian Genoa, slices of deli meat, whole salami, German salami, and more), the process might look different.

We’ll walk you through all the options!

Why Should You Freeze Salami?

First, let’s talk for a minute about some reasons you might want to freeze salami. The two biggest reasons I would freeze salami are to avoid food waste, and to store food I’ve bought in bulk.

Both these reasons have a common theme: to save money on groceries.

The whole point of this blog is saving money on groceries, and avoiding food waste and buying in bulk are two excellent ways to do that.

There are a few supplies you’ll want to have on-hand to make sure the food you’re freezing is still in good shape when you thaw it out.

How you choose to freeze salami slices should depend on how you want to use them in the future, as well as what kind of salami slices you’re freezing.

If you’re slicing your own Genoa, cacciatore or calabrese, you’ll want to use a sharp knife (because they are such hard, dry salamis) and try to keep your slices fairly thin and consistent.

If you have salami that’s already been sliced at the deli counter or in advance, you can either stack it with wax paper or parchment paper in between the slices, or leave it in a stack the way it was when you bought it.

Tip: There are pros and cons to both methods – it’s obviously easier to just wrap the meat up and freeze it, but it thaws faster and is easier to separate with the wax/parchment paper (see below).

Wrap it up nice and tightly in saran wrap and put it in a freezer bag (Amazon has the best price on these, I find). This will protect it better than a regular Ziplock.

If you have a vacuum sealer (we have one and love it), that can be a great way to seal these packages for a longer life in the freezer.

Sliced deli and other uncured salami

Sliced deli or chub salami freezes well too, but since it isn’t as hard or dry as the types above, it thaws a little differently.

Slice, then either freeze in a pile, or freeze the slices with wax or parchment paper between. Again, the wax paper option takes longer, but it’s easier to separate the slices when you take it out of the freezer later (more details below).

Wrap tightly with saran wrap and store in a freezer bag.

For these whole salami packages, you can literally just put it in your freezer as-is, which is super convenient. The downside of this method is that you’ll have to thaw the whole package at once and use it relatively soon after.

Tip: You can cut large whole salamis (both cured and uncured types) into chunks and then freeze them, wrapped tightly in saran wrap, or vacuum sealed, and placed in freezer bags.

This way you have the relative convenience of freezing whole salamis, combined with the ability to thaw smaller portions at a time.

How to Defrost Frozen Salami

How well the slices thawed depended on the type of salami we were using.

Takeaway: If you have this type of sliced salami and you’re short on time, you can freeze it in small, portion sized stacks and only have to take it out of the freezer to defrost about 15 minutes before you want to use it.

The Italian Genoa salami (similar for cacciatore or calabrese) froze and thawed very well, but keep in mind that these were slightly thicker slices that I cut myself, as opposed to the paper thin slices cut by a deli.

In any case, I was able to easily separate even the slices that I didn’t layer with wax paper, so it’s really not necessary to take that step.

Takeaway: For thicker slices of hard Genoa salami, you can just stack them and wrap them well and you’ll have no problems using the slices pretty much as soon as you take them out of the freezer. For thin deli-cut slices, I feel they would behave the same way as the Hungarian slices above.

For the slices I cut from the deli stick of salami, I found none of them separated very well straight out of the freezer. The wax paper ripped easily when it was included and the stacked ones froze right together. In any case, after 5 minutes at room temperature they were both defrosted enough to separate and use.

Takeaway: Don’t bother using wax paper to separate the slices, although you might have more luck with parchment paper. Give yourself 5-10 minutes for your slices to thaw at room temperature before using.

Takeaway: If you’re freezing deli salami try to give yourself at least 20 minutes at room temperature for it to be usable.

Defrosting Sticks of Salami (both unopened and opened)

All of the salami I tested as whole sticks (both Genoa and unopened chub) was actually thawed enough to slice after just 15-20 minutes at room temperature.

This makes it a super convenient option as long as it’s frozen in chunks small enough to be used all at once (because you don’t want to thaw it and then refreeze what you don’t use).

Can I refreeze salami after it’s been defrosted?

You shouldn’t refreeze meat that has been defrosted UNLESS it is cooked in between. For example, if you are making pizza and thaw a package of salami to top your pizza with, you can bake the pizza and then safely freeze the pizza with the salami on it. You can read more of the food safety guidelines on this subject here.

Can you thaw frozen salami in the microwave?


Yes, if you’re short on time you can thaw frozen salami in the microwave. If defrosting slices of salami, I would microwave on the defrost setting in small increments – no more than one minute at a time. The slices can go from thawing to cooking very quickly so you’ll need to keep an eye on them.

For stacks or sticks of salami, you’ll need to use small increments to make sure the outside doesn’t cook before the inside is defrosted. 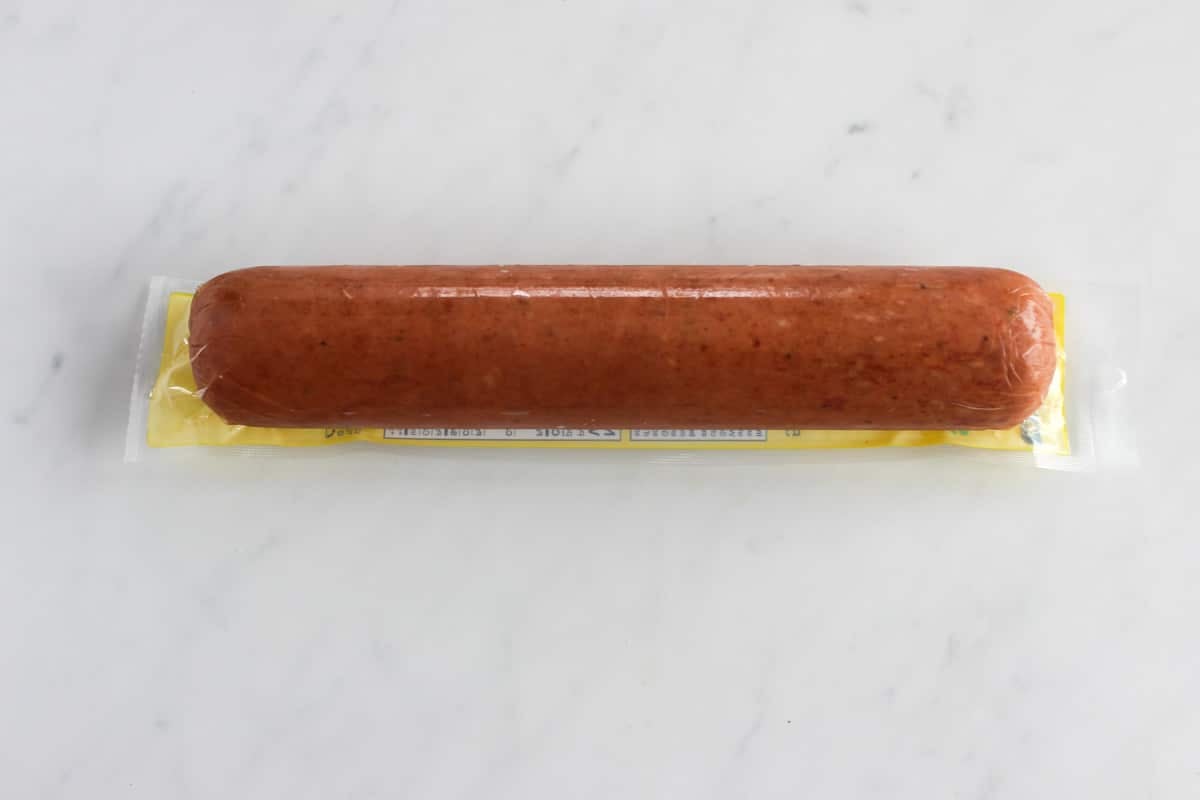 How long does salami last in the freezer?


The US Food and Drug Administration recommends only freezing deli meats for 1-2 months. However, this is for quality reasons – not safety reasons. I think if you’ve done a great job of packaging your salami for the freezer, you could still have good quality deli salami to defrost for up to 6 months, and for a dry salami that’s still in whole stick form, I think the quality would still be good for up to a year.

Other Groceries You Can Freeze

Check out these other posts that can help you save money on groceries, using your freezer!

We use cookies to ensure that we give you the best experience on our website. If you continue to use this site we will assume that you are happy with it.Ok